Welcome to the website www.afif.tj – the Medical information web platform where you can get necessary information about HIV and AIDS, viral hepatitis, tuberculosis, drug addiction, sexually transmitted infections (STI) and skin diseases and receive the legal advice of professional lawyer.

Training on "Reducing the level of stigma and discrimination against people affected by tuberculosis and key populations". 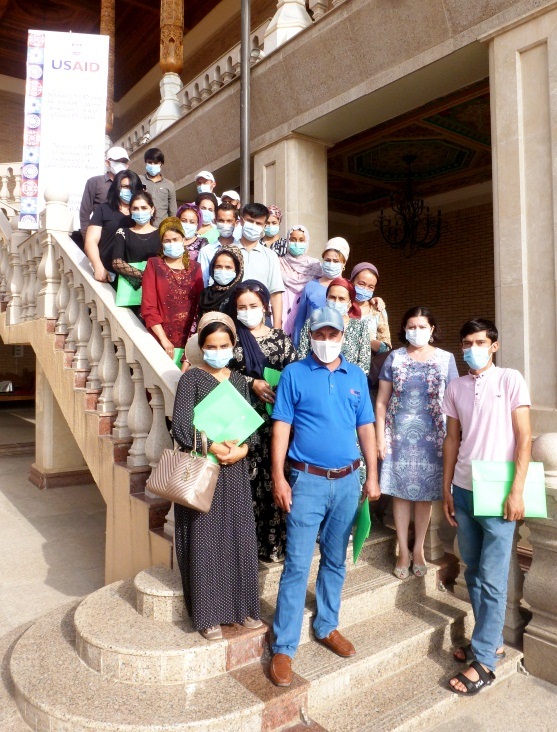 From 17 to 20 August 2020, the training on "Reducing the level of stigma and discrimination against people affected by tuberculosis and key populations." Was held  in Norak, A. Jomi, Temurmalik and Dangara of Khatlon region of the Republic of Tajikistan.

During the trainings, the concepts of “stigma” and “discrimination” were defined and issues were discussed on the creation of a sustainable system to counter manifestations of stigma and discrimination in the health sector, in particular in relation to persons affected by tuberculosis, labor migrants and PLHIV.

The trainings were held within the framework of the Joint Plan for 2020 of the Ministry of Health and Social Protection of the Population of the Republic of Tajikistan and the Republican Public Organization "Afif".

The number of provided answers per topics:

© 2013 - 2020 RPO «Afif»
The website administration offers you services on the terms and conditions set out in this Terms and Conditions. All materials published on the website www.afif.tj are purely informative. The owner and creator of web platform AFIF is not responsible for the use of materials available on this information resource. The recommendations of health specialists and experts posted on the website are not medical prescriptions. A website visitor assumes all risks associated with the use of information and experts’ advices. Under no conditions and circumstances, responsibility for the consequences that directly or indirectly entailed the use of information or recommendations posted on the website www.afif.tj, cannot be entrusted to the owner and creator of the site and be grounds for their prosecution. The website administration is not responsible for visiting and using external resources by the User, the links to which may be contained on it. The materials of the website are used exclusively for non-commercial purposes, and therefore their commercial use is prohibited.
Contacts | Site map /tashkilot.tj
Development by: UmedSharipov